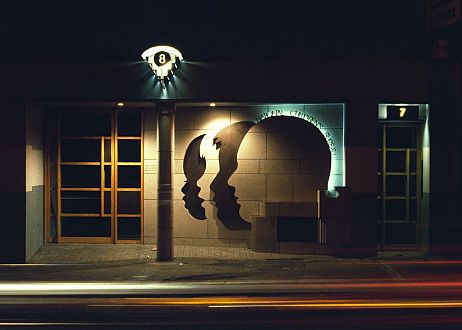 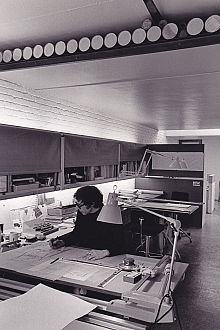 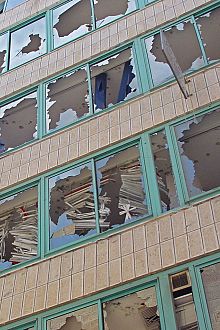 Tom Kay was an Architect, Teacher and Political Activist with roots in Central Europe, Palestine, Canada and the United Kingdom. He was very much a man of his time. What he did, what he believed and how he lived his life could not have happened before, or since. Living in London, he was representative of many in the 20th century, beset by ideological clashes and irresolvable conflicts, while working with meticulous care on his designs.

This website is a celebration of this life and work.

He had wished for his architectural archive to be published as a monograph. When the time came to do this, after his death, it was decided to place his professional work in the context of his life and to show other important things that he did. It also became evident that the original idea of a book was too constrained; that a website would be more apt for the 21st Century.

The first section shows a selection of Tom’s architectural work, with descriptions and comments from magazine articles and illustrations which can be enlarged to show detail. The second includes a CV, together with a biography written by Bea Campbell, a close friend, and notes about Tom’s time as a teacher, collected by Jonathan Pennington, a one-time student and friend. The third is based on Tom’s emails, photographs and drawings from his time in Palestine after 2002.

The whole archive was put in order and scanned by Liz Norden. The website was edited by George Kasabov, a friend and fellow architect in England, and designed by Gary Venter, an architect and web designer in New Zealand.